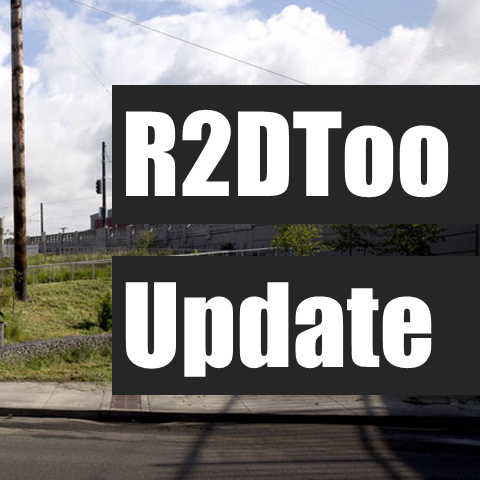 The City of Portland has proposed moving the Right to Dream Too (R2DToo) camp, currently located in Old Town/Chinatown, to the SE Industrial area, close to OMSI. For background information on this proposed move, see our June newsletter article on R2DToo here.

The Central Eastside Industrial Council (CEIC) has objected to the proposed site. Some members of the CEIC offered to attempt to find alternative sites for the camp – an individual effort that does not alter or impact the formal position of CEIC.

On July 28th Mayor Hales and Commissioner Fritz invited those CEIC members offering to look for alternative sites to a meeting so they could update the Mayor on their efforts. Also attending were CEIC leadership, representatives from the Hosford Abernethy Neighborhood District Association (HAND), ONI Crime Prevention staff, Portland Police staff, Mayor Hales and Commissioner Fritz and their staff, Multnomah County staff and SE Uplift staff and board representatives.

The conversation was lively, and at some points heated. The primary bone of contention was the favored alternative offered up by the two CEIC developers, Brad Malsin and Noel Johnson, and R2DToo. The alternative site, owned by PDC and located at 510 NW 3rd Ave,  is currently home to an empty 1913 fire station and is 33,580 square feet  (TriMet has an easement for 5,118 square feet of it). 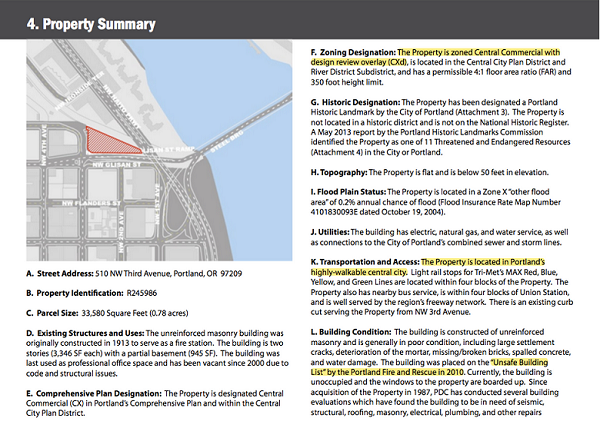 The Mayor and Commissioner Fritz were not encouraging about that site. They had considered it for R2DToo, but because it is owned by PDC and therefore must be used for purposes of economic development, they did not pursue the idea. Also, they said they have  an agreement with the Downtown/Old Town Neighborhood Association to not locate any further social services in their area. Additionally, PDC is part way through an RFP process to find a buyer, and is considering selling it to Lyft for a headquarters building.

Malsin and Johnson proposed dividing the lot, so that it still served Lyft’s (or another tenant’s) needs, while leaving room for R2DToo. They thought the site superior to the SE site because of its closer proximity to services and questioned whether it would add any new services to the area, as it would be a move, not an addition.

R2DToo representatives expressed their preference for the fire station site, particularly as they are concerned some of their residents will not want to leave the downtown core for SE, and will be unsheltered during the coming winter as a result.

The fire station property shares many problematical attributes with the SE property. It too contains contaminated soils and both sites would require some level of environmental remediation, which could include soil excavation and removal, and construction of a protective surface cap during development. Like the SE site, the fire station site sits next to train tracks.

The City Council has already approved the purchase of the SE site from ODOT. Next steps in the process for that site are to have the environmental and air quality reports finalized (which are expected any day), then the R2DToo board will vote on whether they want to move there. If they approve the move, the City would then finalize the purchase, a site plan would be drawn up and the site prepared for occupancy. The City would draft a use agreement with R2DToo, and a separate Good Neighbor Agreement would also be crafted. Permits would be sought, and a zoning confirmation letter obtained. The final step would be a City Council hearing to support a resolution allowing that site to be used for the purposes of housing R2DToo. If the resolution were affirmed, the city would then move forward with that site.

Regardless of the outcome of the decision on where, or when, to move the R2DToo camp, all participants expressed concern that the larger issue of houselessness has reached crisis proportions in the City of Portland. Both Business and Neighborhood Association representatives asked for more ongoing information from the city on the issue, and stated their desire to be included in the search for solutions.

Marc Jolin of Multnomah County invited interested community members to attend the next meeting of the “Safely off the Streets” working group – which is made up of public and nonprofits representatives working to find solutions for the houseless crises. The group will meet on Wednesday, 8/5, in the Multnomah County Building, from 3 to 5 pm. SE Uplift will be sending representation to that meeting.