Trends in Land Use – Road Diets 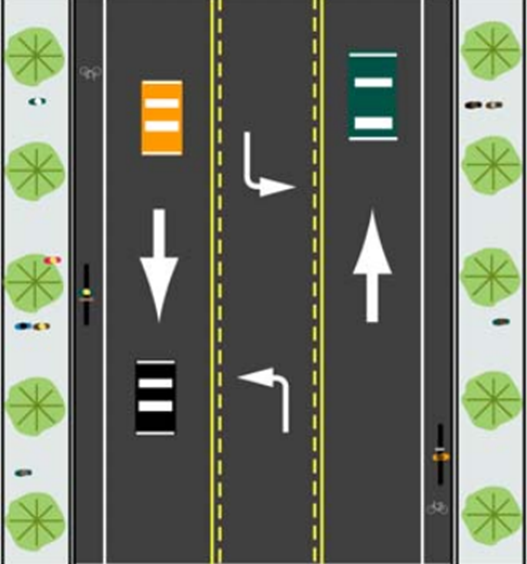 The competing needs of our roadways have been front and center in our coalition this summer. Neighbors and city agencies have been working together to balance the mobility needs of automobiles, transit, bicycles, and pedestrians with the needs for safety, community livability, and economic development.

One approach that is being championed is the ‘road diet’. A road diet basically reallocates the existing space on roads. In the case of SE Division between 60th and 80th, a road diet has reduced the number of automobile travel lanes from four to two with a turn lane in the center. In the process, space has been reallocated to include new bike lanes in both directions. The SE Division road diet came about through the efforts of the South Tabor and Mount Tabor neighborhood associations, and through the City of Portland’s High Crash Corridor Program.

This summer we have also seen a road diet on NE Glisan between 60th and 82nd. For years this stretch of NE Glisan has seen accidents, including a pedestrian that was struck and killed while attempting to cross at 78th in January. The Montavilla Neighborhood Association, nearby residents, businesses, and institutions worked with the Portland Bureau of Transportation (PBOT) to bring about a road diet that reduced the number of travel lanes from four to two with a center turn lane. Additionally, improvements have been made to the crossing at 78th where the pedestrian was killed.

As part of the Foster Streetscape Plan, PBOT staff and a stakeholders advisory committee made up of neighborhood leaders have been exploring the possibility of a road diet on SE Foster between 52nd and 82nd. A busy road that serves as both an arterial and a main street, SE Foster exemplifies how different needs compete for space on roadways.  A final decision about the road’s future configurations is expected to come in the fall.

PBOT’s High Crash Corridor program is also working with residents and neighborhood associations in Buckman and Kerns to develop ways to improve safety along E. Burnside between 12th and 35th. A road diet is one of many options that will be part of a public meeting on September 30, 6:30-8:30pm, at Albertina Kerr Center (424 NE 22nd Ave).

Bob Kellett is the Neighborhood Planning Program Manager at SE Uplift. He can be reached at bob@southeastuplift.org or (503) 232-0010 ext. 314