Residential Infill Project: Update from Bureau of Planning and Sustainability 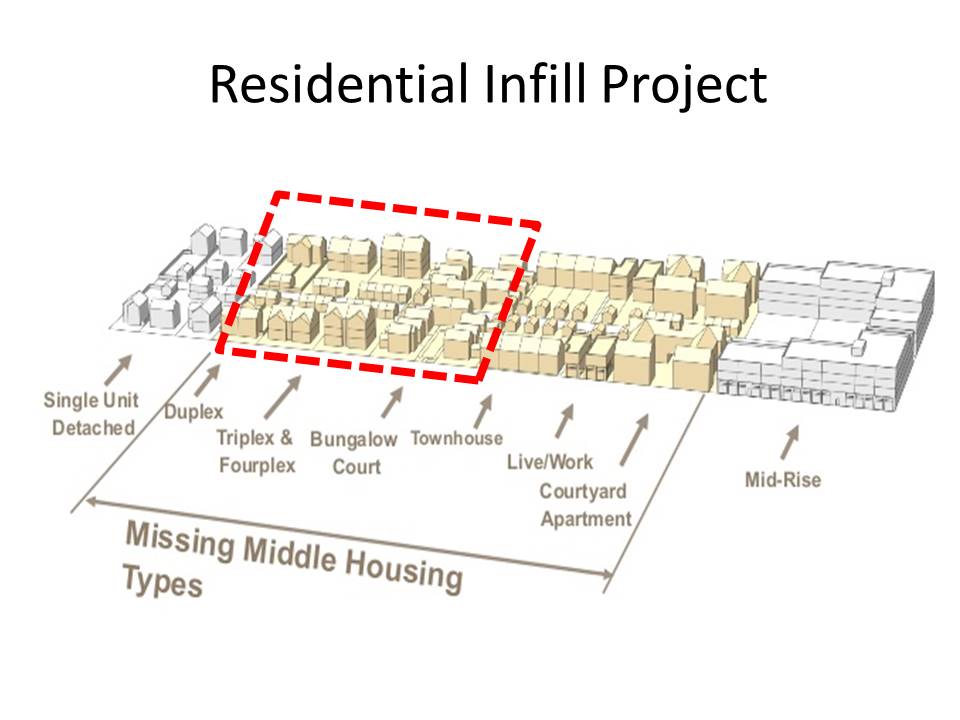 What is this project about?
In response to community concerns about demolitions and the scale of new homes, as well as the supply of housing in Portland, the Residential Infill Project is exploring ways to adapt Portland’s single-dwelling zoning rules to meet the needs of current and future generations. The project addresses three topic areas: scale of houses, housing choice, and narrow lot development. For more information visit the project website at: www.portlandoregon.gov/bps/infill
With some fine-tuning, City Council approves Residential Infill Project Concept Report.
Legislative code and mapping phase to begin early 2017.
On December 7, 2016, City Council voted unanimously to approve a resolution that adopted the Residential Infill Project Concept Report with several amendmentsfrom the council. Council amendments were based on testimony they heard at their November 9 and 16 public hearings. Nearly 120 people testified in person, and Council received approximately 550 letters and emails during their review.
You may view videos of past City Council sessions at  http://www.portlandoregon.gov/28258 (Nov. 1 am, Nov. 9 pm, Nov. 16 pm and Dec. 7 am)
What did City Council approve?
Council voted on a set of concepts that aim to discourage home demolitions while increasing housing choice in single-dwelling residential neighborhoods. During the public hearings Mayor Hales often asked testifiers if given the choice would they recommend 1) do nothing 2) modify staff’s recommendations or 3) start completely over. Most people responded that the recommendations were a good start but modifications were needed. Overall, Council agreed. Recognizing that the Concept Report gave general policy direction and guidance for staff to develop code and mapping proposals, Council made several modifications before they accepted the concept recommendations. Below is a summary of the council’s amendments by topic area:
SCALE OF HOUSES
HOUSING CHOICES
NARROW LOTS
For more detailed information on the approved concepts and the council amendments staff has prepared a matrix of the approved recommended concepts and the city council amendments.
Next Steps
The adoption of the Concept Report sets the stage for the next phase of the Residential Infill Project: code writing and map amendment proposals. Council’s vote directs staff to develop the code language and map amendments needed to implement the concepts in the report. This phase, beginning early 2017, will include public review of a discussion draft, followed by public hearings at the Planning and Sustainability Commission and City Council before final adoption by City Council. For general information about the project, visit the website at www.portlandoregon.gov/bps/infill
Questions? Contact Project Staff
Morgan Tracy, Project Manager, morgan.tracy@portlandoregon.gov, 503-823-6879
Julia Gisler, Public Involvement, julia.gisler@portlandoregon.gov, 503-823-7624
Nanci Champlin