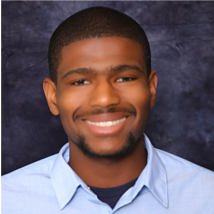 My name is Lashawn Jr. McCarthy and I am SE Uplift’s new Summerworks intern! To introduce myself, I’ll share a bit of my background and what led me to become a member of the SE Uplift crew.

I was born and raised in North Portland where I attended and graduated from Roosevelt High School in 2017. After I graduated, I began attending Warner Pacific University where I am currently studying with a Major in American Studies and a Minor in Political Science. I hope to have a career in policy and community engagement. Outside of my studies and school work, I am a member of the Multnomah Youth Commission, which is the official youth policy body of the City of Portland and Multnomah County. We work on issues that impact youth, like education, public transportation, and violence prevention. My time on the Multnomah Youth Commission is responsible for fueling my passion for civic engagement and social justice.

I’ve only been here a few days, but I have been impressed with SE Uplift’s mission and commitment to strengthening neighborhood collaborations which are at the forefront of positive change in our community. SE Uplift is giving members of our neighborhoods the tools and skills to create change and making their voices heard to local government. Those are values and convictions that I hold close to me. I believe that when government decisions are being made, the people who will be impacted need to have the most say and influence. Not only do they need to have a say and influence, they should also be well informed to make those decisions for their community.

SE Uplift is doing the important work of empowering community members to be involved in creating safe, inclusive, and welcoming neighborhoods. I want to be a part of that and help them achieve their goals. I will only be here for a short time, but the time I get to spend with SE Uplift will surely be invaluable.

During my free time, I like to watch Japanese animé, read, and go on walks or hikes. I am also a big basketball fan.