SE Uplift Presents ‘We The People’ 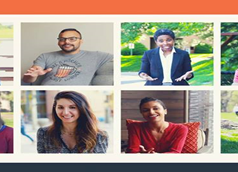 By: Swati Ali, Creator of We The People & Muz Afzal, Community Engagement Coordinator

‘We The People’ is the first of its kind, human and humor focused web series that highlights stories of immigrants to the United States with a focus on the positive, light-hearted and relatable nuances of making a new place their home. Light-hearted, fun and poignant, the 10 episode documentary web series explores themes of language, identity, stereotypes, life changes, loss and many others – challenges that are a part of life for any immigrant in a new land. While the mainstream narrative surrounding immigration can often be politically-charged and a constant source of angst, ‘We the People’ explores the positively refreshing and unapologetically real aspects of what it means to be a new immigrant in America today. The project has finished filming and is in the post-production phase. The series plans to launch on the 4th of July, 2018. Join SE Uplift at Clinton Street Theater on Aug 5th for the first screening of the series! Click here for more event info.

“Hi! My name is Swati and I am the creator of ‘We The People’. I moved from India to the United States in 2012. As a new immigrant with a pronounced Indian accent, a complete lack of ability to understand American accents (I had never watched Hollywood movies!!) and an introverted personality, I still felt completely at ease in this new place. I was sometimes the only Indian in a sea of Americans and I never felt different.

But last year something changed. I could feel the change. It reflected in my circle of friends and acquaintances. Conversations started changing. People started avoiding certain topics. Friendships became strained. The political climate steeped into real life and suddenly, I felt like an ‘immigrant’. That word had an ominous ring around it. When you heard it in the news, you knew something bad was to follow. The popular narrative around immigration started hinging largely on visuals that were based on fear of the unknown.

I wondered what happened to the people who had actually bonded with me and other ‘immigrant’ friends over delicious food and fascinating stories of different cultures and places. And this is where the idea of ‘We The People’ was born. I wanted to go back to those dinnertime conversations amongst friends from different places. A time when Americans (even my conservative American friends!) could sit with me and our friends from Iran or Mexico and share food and stories and lots of laughs. This series is my way to showcase real-life immigrant stories that bring a smile to your face, stories that make you laugh and experiences that make you realize that diversity actually makes life more interesting and fun! 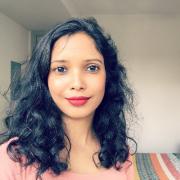 I feel strongly about this project and its importance in the times we live in. The United States, throughout its history, has benefitted greatly from the arrival of new people…people who bring with them fresh ideas, energy and ambition. Think Joseph Pulitzer, Einstein, Hedy Lamarr, Elon Musk…But as we all know, that legacy is in danger today. There is an urgent need for a different, more positive conversation and this series aims to start that.”

Indian born, Portland-based film-maker Swati Ali has worked in the film, television and print media for over 10 years in various capacities (director, producer, writer). She was one of the pioneers in the original web content space creating the first ever ‘made for internet’ sitcom in India in 2007. She has also had one of her short films screened at the International Film Festival of India. Swati moved to the United States 5 years ago. As an immigrant, she ended up connecting with other immigrants from all over the world and loved their stories. That’s where the idea of ‘We The People’ was born. LinkedIn: linkedin.com/in/swatiali

SE Uplift is proud to sponsor the initial screening of ‘We The People’ at Clinton Street Theater on Aug 5th, bring your family and friends. Please contact Muz at muz@seuplift.org/(503)232-0010 for inquiries or accommodations.