Trends In Land Use – August Edition 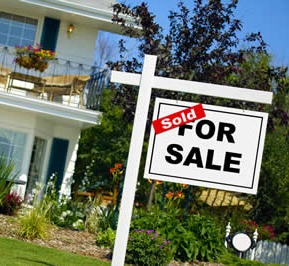 It is hard to beat summer in Portland. From concerts and movies in the parks to evenings spent eating on outside decks, this is the time of year where the city pulses with activity. The activity is even greater this summer thanks to a suddenly hot housing market. It has taken a while for things to recover after the bottom fell out, but this summer we are seeing signs of a rebound, especially in neighborhoods in the SE Uplift coalition district.

There are a number of factors driving this. Our neighborhoods are fantastic and people want to live in them. People who traditionally might have bought or sold a house a few years ago have been waiting on the sidelines until there was a recovery. Developers have also been waiting to see signs of a rebound before throwing their resources into the mix. All of this means that in many areas demand is outpacing supply and things are selling quickly.

Another trend that has been noticeable is major remodels and additions to existing single family homes. Single story houses are getting second stories. Modest size houses are getting bigger. And in some cases, existing houses are being demolished and replaced by much bigger structures and/or multiple homes.

The changing nature of the existing housing stock is likely going to continue for the foreseeable future. Some of this is driven by city policies and some of it is being driven by the housing market.  Portland as a city is landlocked. The city’s area is not going to grow, but its population will. There aren’t many opportunities for new houses to be built on new land, yet there is a market for new single family homes. So instead, existing lots in existing neighborhoods will see significant renovations and the construction of new homes.

It is not always easy seeing changes taking place in a neighborhood and certainly some changes are more welcomed than others. Neighborhood associations can and do play a role in shaping what you see on your street.  From influencing city policies to working with developers to achieve positive outcomes on a single property, our neighborhood volunteers are amazing voices for our community.