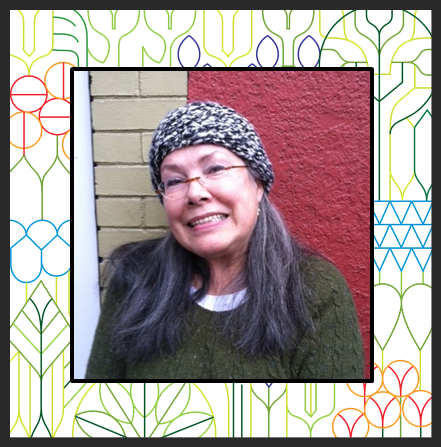 Kimberly Koehler – an Eastmoreland native, outspoken neighborhood association board member and local media veteran – isn’t afraid to be frank about the issues her neighborhood faces, nor is she hesitant to call for change. We sat down with Kimberly to talk about her experiences in Eastmoreland and some challenges she’s faced during her time as a board member.

I wanted to start with a little bit of your background since you mentioned you have experience in media, I was wondering if you might be able to expand on that.

I worked at channel six KOIN, a CBS affiliate, for ten years and in two separate increments; one was as an on-camera reporter and when I came back later, as a producer. I enjoyed being an investigative reporter. It taught me how to stay calm under circumstances that weren’t [calm], where people were shouting and trying to get information. It’s not all that different from being a neighborhood activist, I have found.

Well, dealing with City Hall, for example. As a reporter covering City Hall, you’re trying to talk people into telling you things, or you’re trying to talk people into doing things, as in, agreeing to tell you a story, or even just agreeing to be on camera. Now as a neighborhood activist, I’m finding that dealing with City Hall officials – whether they’re elected or otherwise – has a similar series of challenges. Will they talk to you? Will they tell you what you need to know? And will they be willing to make changes if you have suggestions that you feel need to be made.

You got involved with ENA (Eastmoreland Neighborhood Association) because of a cell-tower project you were working on, correct?

I just went to a neighborhood meeting. That’s what happens to a lot of people, though. They’ll come across an issue that either affects them personally, something happening near their house, or in my case, something that affected a very good friend of mine. And then you start digging, you start finding out how City Hall works and you start finding out where neighborhood organizations have power or where they don’t have power. I do not accept the notion that because of what it says in city code, we can’t change things and I maintain that with neighborhood organizations, every voice is important.

Look at the interest that SE Uplift now has with the demolition issue!  When we first started out, probably a year and a half ago, not many people were interested in the issue and even SE Uplift was neutral. But because we kept at it and were able to show that it is a much bigger issue across multiple neighborhoods, they [SE Uplift] voted to support us. And shortly after that the Oregonian did a huge online story about it complete with surveys and graphs and, what do you know! – so many people responded to it that the Oregonian decided to re-print it.

The number one suggestion I have is to nurture your community newspaper. We have an excellent relationship with The Bee. When something is going to happen, even if we know it’s something they may not have time to cover, we always let The Bee know. We have some wonderful reporters on the Sellwood-Moreland Bee. They go into great depth, they spend a little more time, and then the larger outlets, whether they be T.V. or the Oregonian, use that as background. It all starts with the neighborhood newspaper, so cultivating that relationship is my number one suggestion.

My second suggestion is to develop an email list of assignment editors and T.V. stations. Rather than calling a reporter and pontificating on the demolition issue; if you can call them and say “there’s a bulldozer working right now and you’re going to catch me standing there arguing with the guy on the bulldozer and you’re going to catch my neighbor passing out lawn signs.” You’ve got to always think in terms of visual s when you deal with T.V. news.

Thirdly, don’t be shy. Don’t think that what you’re working on isn’t important because there’s nothing more important than preserving Portland as a place of neighborhoods that cause people from out of town to say, “Oh my God, this is fabulous!”

You recently helped organize Eastmoreland’s first dog show. What inspired this brilliant event and how did you know this would be something Eastmoreland residents would go nuts for?

The dog show was not my idea. It was an idea put forth by a neighbor of mine and he thought it’d be a great idea because he had seen how many people walk dogs through the neighborhood. He pitched it at a board meeting and I approached him and I said “how can I help?” And when we started brainstorming, with my media background and his interest in the subject, we brainstormed and it just got bigger and bigger and we got some other volunteers on board and we just couldn’t resist. Who would not want to talk a veterinarian into being a judge of the strangest looking dog category when previously your project had been going head to head with some rep from T-Mobile? Look at the fun quotient. In the case of the dog show, was it a lot of work? You bet. Time consuming? You bet. But all the time I was working on that I wasn’t thinking about cell towers and I wasn’t thinking about whether the house next door to me would be demolished over Christmas vacation, which one of my neighbors had to face.

And last but not least, you have a reputation for both passion and persistence. Given the endemic problem of burn-out in the neighborhood system, what advice do you have for the new volunteer who has suffered their first big advocacy loss?

To do what I did with the dog show. And that is to realize that there are a lot of fun things to do to get your neighbors talking to each other and to want to go to an event and to laugh and get to know each other. I’m also involved with the Southeast Portland Food Project and this is another thing that calms me down when we suffer a loss. I had a friend of mine who said half an hour before the [dog] show started, she walked from her house on 32nd and said she wished she put it on YouTube because everybody in the neighborhood seemed to be walking toward Reed College with a dog on a leash, and whenever I get burned out I think of that image, and I think about how there are people who don’t have enough to eat, I figure you just do the best you can.