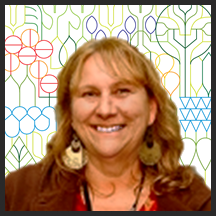 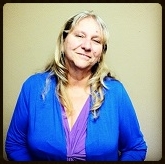 This month’s spotlight  features a prominent member of the Crime Prevention Office: Katherine Anderson. She will be retiring soon after an incredible and influential twenty-two year tenure and we wanted to take a moment to reflect on her journey through the neighborhoods and her work with countless individuals to bring about safer neighborhoods.

You’ve had a long history with Crime Prevention. What memories stick out to you?

The story of how I got started in crime prevention is an interesting one. I was a neighborhood activist and I was chair of the Sunnyside Neighborhood Association when tragedy struck. The janitor was murdered at the school while putting the flag out in the morning. Another board member and I went to the school and asked if there was anything we could do, and we met with their Public Information Officer. That was how I got involved in a public safety project to make the school and the park next to it safer. A number of other safety related projects followed that one, and I thought, “this might be interesting to do as a job.” And lo-and-behold it was less than a year later that I began working at SE Uplift as a Crime Prevention Coordinator.

One of the first things I did on the job was go to a two-week training for crime prevention down at BPST (Bureau of Public Safety Standards for the State). Some people call it the Police Academy; it’s the same building that they do their trainings at. A terrible event happened the day I finished my training; a student at one of the Portland schools was kidnapped and sexually abused. Luckily, she was able to escape. I went to that neighborhood association’s meeting the next week and ended up jumping in and helping facilitate and answer questions. It was totally unexpected and was a big immersion into crime prevention and all the things that people could get involved in.

How have your views on crime and community policing changed over the years?

Actually, they haven’t. Everyone should be involved in crime prevention, and crime prevention and community policing work well together. It’s important the police understand what the community wants and respond accordingly. They need to know how to work with the community, how to get them involved in their own safety, and that means working with a lot of diverse groups: it’s Neighborhood Associations, newcomers to this country, those for whom English isn’t a first language, people with disabilities, there needs to be room at the table for everyone. I’ve always believed strongly in that, certainly from that very first incident at the school, and I still think it’s important today.

Portland has a strong neighborhood structure and is recognized across the country for being a leader in community policing. Each Neighborhood Association has an officer who patrols at a specific time – the day of their meeting – and who is usually very familiar with what goes on in the neighborhood. They attend the meetings; they talk about what’s going on, what’s been going on. I’ve worked with those folks a lot in problem-solving meetings, or if I’m working with folks on a neighborhood watch or Good Neighbor Agreement. If people don’t feel safe, they won’t unite with their neighbors and won’t get involved on a bigger level.

What are the biggest obstacles you face in your job?

One of the things we’ve faced for the last ten years has been budget cuts. Shortly after the program became part of the city in 1997 we went down to nine employees. At one point we were up to thirteen. That’s always a difficulty; not having the staff you need. I am very grateful we finally have a centralized location as opposed to eight or nine different locations throughout the city. It makes it much easier to communicate with colleagues and I think it has helped us in problem solving and developing our teams.

What neighborhoods have you served?

You’ve worked with a lot of neighborhoods. Do they face similar issues or are there differences based on geography or other factors?

I think there are some things that are problematic city-wide. One of them has to do with the lack of affordable housing, which in some instances has moved people to other areas and in some instances has left people without a place to live. Certainly drugs and alcohol and mental health issues can also be a factor with people finding stable housing, and I think that’s something that crosses all of the boundaries and all of the Neighborhood Associations.

One of the biggest crimes everyone sees and hears about is car prowls. Car prowls happen throughout the city, and while it’s not entirely preventable, just following some really easy steps can reduce the likelihood of something happening. Don’t have anything visible in your car, don’t travel and put something hidden under the seat – your purse, your phone, your laptop, etc. People see you doing that. Don’t put it into your trunk or to the back of your car. Stop before your destination – two to three blocks – and put them in a safe place then. The best thing is to not have them in your car at all, but the reality is that’s not always possible.

What advice would you give those who are trying to address chronic safety issues in their neighborhoods?

I think one of the biggest things people should know is that help is available. The city is not designed to do it all for you, but the city will help you. Crime Prevention will help. We get calls all the time and in the twenty-two years I’ve been there, there have been many, many successful projects and I’ve worked with many, many groups of neighbors in all sizes. The Police can be a partner. The City bureaus can be a partner. But that’s the key word: partner. There are some things the city will take action on, code-wise or infrastructure-wise, but people need to report things too. Work with your neighbors; they are the best resource you have.

It takes time to deal with a chronic issue; success doesn’t happen overnight. But when people work together to improve the looks of their neighborhood, to improve the safety, to improve the lighting, they don’t just prevent crime but create good, positive activity that will have long-ranging effects for both the immediate future and down the road.

In five years from now, where do you hope to see the Crime Prevention Program?

I would hope to see the Crime Prevention Program basically doing some of the same things that are going on right now. We are working on increasing our efforts working with diverse communities, folks for whom English isn’t a primary language, or who don’t necessarily see themselves organizing geographically. I think there’s a huge need for additional staff with increased communication and linguistic capabilities. The more people we have and the more people we serve the better. Unfortunately we’ve become a finite resource in some ways. So it’d be great to see Crime Prevention back up to fifteen or eighteen people.

One of the biggest things we do in Crime Prevention is we partner. We partner with neighborhoods and coalitions. We partner with the police and work with other city agencies, with the county, with schools, and should continue to seek new partnership opportunities.