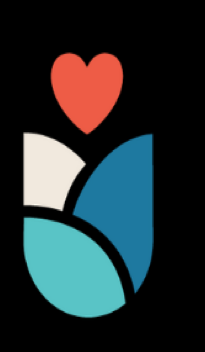 Portland United Against Hate presented a report on its work over the past year and a half to Portland City Council on January 16th, 2019. The full report can be read here. SE Uplift was one of many community partners who testified for City Council on the important work PUAH has accomplished. Read the SE Uplift testimony below. 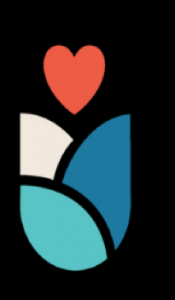 Swastikas and anti-feminist, misogynistic graffiti in the Kerns Neighborhood in 2016. Neighbors stood up to say hate is not welcome in this neighborhood! Community partners including the neighborhood association, SE Uplift, and others organized United in Love, a Valentine’s Day Vigil, after this incident, one of the initial sequence of circumstances that contributed to shaping what is now Portland United Against Hate.

In the past year and a half, PUAH has been an extraordinary example of what is possible in a community-City partnership.  This collaborative network has catalyzed the strength and knowledge of dozens of diverse groups. What a poignant yet straightforward step for the City of Portland— to fund a staff position and offer grant-funding to coordinate and build resources toward the goal of unity against hate. Thank you.

Hopefully, we’re all acquainted with the disparaging data reflecting hate crimes in Oregon. The need to take public, rapid, decisive action to deplore white nationalism and incidences of hate and bias against non-majority populations is not up for debate— standing up for the fundamental issues of inclusion, safety, and shared humanity is our collective responsibility and something I know we all believe in.

PUAH has been a model of how to do that.

SE Uplift’s involvement with the PUAH Coalition has increased our organization’s ability to identify hate violence, prepare for acts of hate, and respond to them rapidly and publicly.

SE Uplift has made the decision to allocate significant staff time to PUAH: we’ve re-written staff job descriptions to account for the time spent working on PUAH social media and newsletter, co-chairing committees, and more: SE Uplift is committed to and invested in the PUAH Coalition.

Leveraging the strengths of pre-existing infrastructures that have a historical relationship with City government, such as neighborhood associations and district coalitions, along with the deep wisdom, creativity, and skill of PUAH partners is a combined effort of which we can all be proud. This is undoubtedly a team of people that City government wants to see continue to do vital anti-hate work. Let’s not overlook the fact that ultimately our work is to PREVENT acts of hate, and there is much to be done. SE Uplift strongly values the opportunity to be a part of PUAH and fully acknowledges that participating in PUAH has contributed vastly to keeping the work of our organization relevant to the needs of our community.

This partnership is making progress building trusted networks of profound benefit to the City. Let this anti-hate work and this successful partnership continue.

From Portland United Against Hate

“We know that the communities most likely to be targets of hate violence are also the least likely to report their experiences to law enforcement. This hate & bias tool is working to meet the need for a supportive, accurate, and culturally-appropriate documentation process that enables those most impacted to be able to report hate incidents in a trusted manner.

If you believe you have experienced or witnessed a hate/bias incident you can report it to Portland United Against Hate by going to www.reporthatepdx.com. This system will allow us to have a more comprehensive understanding of the effects of hate violence in Portland and to provide support to those targeted by hate violence.”