SE Uplift in Motion: Where Are We Now? 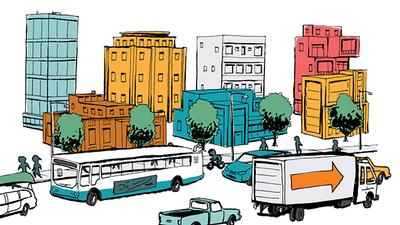 Though the summer feels like it will never end, fall is coming. Thus, it is time for an update on where we are in the long fight to make our streets safe for all users. There are many activists working so we can all travel safely. Here is a snapshot of what is happening now. (Please note that *asterisks signify projects formally endorsed by the SE Uplift Board of Directors.)

In addition to these completed and near term projects, multiple projects of significance have been awarded funding because of neighborhood and organizational activism.

In September there are several opportunities for public testimony to advance safety projects:

Wednesday September 6, 10 AM: City Council will take public testimony and vote on the Growing Transit Communities project which contains many of the projects listed above to increase safe access, and reliability, to the outer 20 and 77 bus lines.

Wednesday September 13, 9:45 AM: City Council will take public testimony on the modernization of the Transportation System Development charges rates, methods of calculation of street volumes and the 1-10 year project list which includes many of the funded projects above plus the Reedway Overpass and the build out of the 60s Bikeway, which has been declared the next highest project priority by the SE Uplift Board and all six Neighborhoods from the 60th MAX station south to the Springwater.

Thanks to all the hard working  activists out there, and for taking the time to read this brief summary.