Knock, Knock! The Results Are In 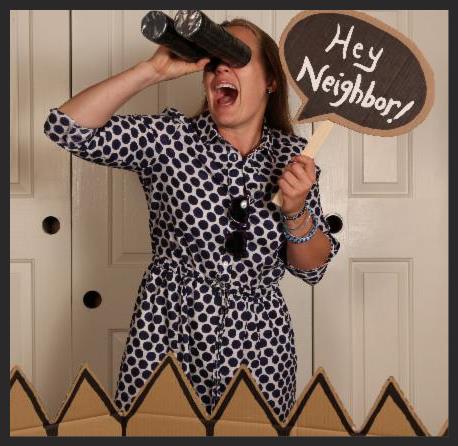 Maybe it was the moment we all learned what “panty-knifing” was. Or perhaps it was when Rocky Wing described the neighbor boy’s ascent as a horse, so unfortunately nicknamed “The Nipper”, lifted him off the ground in one horrifying swoop. But we sincerely hope that it was the moment that Amalia Alarcon de Morris revealed that her neighbor’s former neighbors, who had once occupied the space she now called home, hid a key with a special code only for her, just in case of an emergency—that you decided what kind of relationship you want to have with your own neighbors. If it was Courtenay Hameister scaring you into knowing your neighbors before the impending zombie-apocalypse, well, that is fine too.

Not all of the stories shared at Knock, Knock! It’s Your Neighbor left us with warm and fuzzy feelings about getting close with our neighbors—but one thing became increasingly clear throughout the evening—we want to know who called every pizza joint in town and ordered pizza to our house and we definitely want to know who’s offering a cash prize at the next round of neighborhood Bunco.  Knowing your neighbors, at least a little, is a good thing.

But more than powerful stories were shared on September 17th, 2013 at the Bagdad Theater. Close to 300 Portland neighbors came out to show their support and we raised over $2,000 for creative, neighborhood based projects combining public art with civic engagement and introspection.*

Aside from giving money to a great cause, putting their butts in seats and enjoying a great show, these neighbors talked amongst themselves about the importance of knowing their own neighbors. Together we laughed, we cried, we stomped our feet to the catchy and whimsical Americana tunes of The Jackalope Saints, and most of all we showed that civic engagement can be as simple as getting know those around you, wherever you are.

If you missed the show, keep your eye on our blog, www.itsyourneighbor.org, and our Facebook page www.facebook.com/itsyourneighbor for videos, from Heliorana Filmworks, of each storyteller. Additionally we will be posting photos, stories and information about upcoming events.

*Want to be the first to know when SE Uplift’s new grant program for the “civic arts” will be rolling out? Be sure to read next month’s SE Uplift E-News.

In the meantime, check out the following project inspiration!