January Trends In Land Use 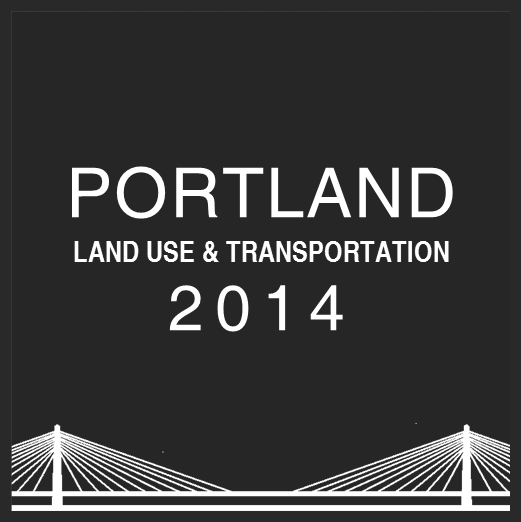 Portland Land Use & Transportation
A Look At What’s To Come

What will we see in the SE Uplift coalition area in 2014? One safe prediction is that there will be a number of land use and transportation planning projects that will impact our neighborhoods both this year and for many years to come. Here is a look at many of the projects that are taking place.

20s Bikeway
A project that will plan, design and construct safety improvements along a 9.1 mile north-south bicycle route. Project planning is expected to be completed this year.

50s Bikeway
A 4.3-mile north-south bikeway connecting the Rose City Park neighborhood with Woodstock. Project planning is completed and it is anticipated that construction will begin in spring 2014.

Burnside High Crash Corridor
A project intended to improve safety along E. Burnside from 12th Avenue to 32nd Avenue. PBOT will be testing a new road configuration that features one westbound auto lane in spring this year.

Clay Street Green Street
A project to improve stormwater management on SE Clay Street between the Willamette River and SE 12th Avenue. Construction is anticipated to be completed in February 2014.

Comprehensive Plan Update
An update to the long-range, 20-year citywide plan. It is anticipated that the plan will be adopted by City Council in late 2014/early 2015.

Division Streetscape
An update to the streetscape design on SE Division between SE 11th and SE Cesar Chavez Boulevard. Construction is scheduled to be completed in September 2014.

Foster Streetscape Plan
An update to a plan originally adopted in 2003, the plan will add street trees and other amenities to SE Foster Road between SE 50th and SE 90th. The current staff recommendation also calls for a reduction in automobile lanes from four to three and the addition of bicycle lanes. Construction is expected to begin in 2015.

Mixed Use Zones Project
A project to develop new mixed use zoning designations for the city’s Commercial and Central Employment zones. The project is scheduled for completion in 2015.

A 7.3-mile light rail line between Portland State and Oak Grove in Clackamas County. Construction is expected to continue through the end of 2014 and service will start in September 2015.

Powell-Division Transit and Development Project
A study looking at ways to improve transit service on inner SE Powell and outer SE Division between Portland and Gresham. The project will be completed in spring 2015, and it will also examine potential land use and other transportation investments along the corridor.

Sellwood Bridge
Construction will continue throughout 2014 and the new bridge is expected to open in fall 2015.

Southeast Quadrant Plan
An update to the long range plan for the Central Eastside District that also includes the initial planning for four new Portland-Milwaukie light rail station areas (OMSI, Clinton, Rhine, and Holgate). The plan is expected to be completed in winter 2015.

Bob Kellett is the Neighborhood Planning Program Manager at SE Uplift. He can be reached at (503) 232-0010 ext. 314 or bob@southeastuplift.org
Tags:land useTransportation
Phoebe Gildea