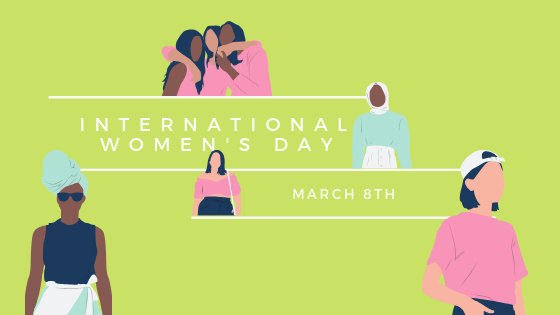 The women in my life are some of the strongest, most incredible human beings I know. Knowing this it’s no surprise the amazing accomplishments women in her story have created and continue to create.  However, despite women’s accomplishments, there are still many injustices that women face every day. That’s why this year’s campaign theme for International Women’s Day is #BalanceforBetter to “build a gender-balanced world” where we can all take part in noticing its absence and celebrate its presence.1 In order to work towards this goal please consider donating to YWCA of Greater Portland, right here in the Sunnyside neighborhood.

In honor of International Women’s Day, I want to highlight important issues that affect women worldwide: femicide and violence against women.  These are international issues that also affect us here in Southeast Portland. And in spirit of this year’s theme, I want to highlight the absence of a gendered balanced world by showcasing ongoing research that has been done by different organizations in six different countries: Canada, United States, Mexico, Brazil, Guatemala, and Turkey. I want to particularly highlight femicide and violence against women as they relate to First Nation/indigenous women. Below you will see highlights of research alongside a link to videos that can help further educate you and others on these subjects. I’ve chosen to present the information below in a factual, researched manner because women — especially those most in the margins— are not often believed when they talk about violence committed against them.

In Canada, indigenous women are murdered 4.5 times more frequently than other women1, and there has been no improvement despite the promises of Justin Trudeau to protect indigenous rights2. A large movement around missing and murdered indigenous women #MMIW has grown to call attention to these accounts of violence, and the movement also includes the United States.

In the United States, Tarana Burke started using the #metoo tag in 2006 and it went viral in 2017 to talk about sexual misconduct in the workplace. One statistic shows that 60% of Black girls experience sexual abuse before reaching age 18.4 Sexual assaults committed on college campuses are often met with impunity. There has been an increase in violence against transgender women, the majority of which have been Black transgender women5. First Nation and Alaska Native women are more likely to be victims of sexual violence committed by a stranger or acquaintance rather than a family member or intimate partner. Approximately 70% of perpetrators are non-Native, which is a distinct difference compared to other ethnic groups.3

Video: Why Are Missing And Murdered Indigenous Women Cases Being Ignored?

Video: MMIW – Nearly 6,000 Native Women Have Been Murdered or Disappeared Since 2016

Mexico has one of the highest reported accounts of violence against women in the world– among the top 25. The border city of Ciudad Jurez is notorious for sexual violence and murders against women working in maquiladoras (factories). Alongside this there is widespread impunity and “part of the problem is that gender-related killings are often the last act in a series of violent acts that go unrecognized and unaddressed.” 10 Mexico showcases that a culture that upholds misogyny is worsened when violence is also committed by the government.

After a violent 36-year civil war in Guatemala between the dictatorship and poor and indigenous rebel groups, an aftermath still exists today in systemic racism. After the Civil War, there have been a growing number of indigenous leaders, including Nobel Peace Prize winner Rigoberta Menchu who is a champion of indigenous rights.  In response to the high rates of violence against women, Guatemala has developed specific gender and violence courts.4 These gender and violence courts are unique in the world and try to ensure speedy justice for gender-related crimes. In support of this model, University of Oregon Professor Lynn Stephens focuses part of her research on this specific court system.

In 2016, a story broke out in Brazil that a 16-year-old girl was raped by 30+ men, and this event fueled multiple protests in Brazil.7 8 Even though the incident was taped there were still many who blamed the 16-year-old survivor for her own assault. Blaming the victim is a theme that comes up often, regardless of location or part of the world. Two years later in 2018, Marielle Franco, an activist and politician, was murdered for standing with women, Black people and LGBTQ+ people in her political campaign.6 This is an example that showcases that even when women try to take leadership their vision is often not taken as a positive change.

Systemic issues in law often blame women for the violence committed against them. This can be seen in many countries, including the US. In a report done in Turkey by the UN, narrations of imprisoned men speak of why they commit acts of violence against women. Their answers have the tendency to justify themselves by blaming the women. In this research the expression, ‘I didn’t kill her, it was an accident’ was stated by men who had murdered their wives.9 This research highlights the theme that accountability is not taken by perpetrators of violence against women.

Video: A Turkish Student’s Murder Changes How Violence Against Women Is Viewed

Violence against women is unfortunately a worldwide issue that affects us here in the United States, even in Southeast Portland, in many of the same ways it does around the world. Living in the United States, we hold a lot of privilege, but we are not immune to gender injustice and violence. This article is meant to bring attention to issues that need to be addressed daily and not just on International Women’s Day. To contribute to solutions, do your part as a community member, which includes a major culture shift of how we talk about women, femmes and gender non-conforming (GNC) people. If you’re a female-identified person empower other female-identified and GNC people in your life– especially our youth. If you are a male-identified person take time to educate other male-identified people in your life and tell them that misogyny will not be tolerated. Show them that being an intersectional feminist benefits us all.

Our society has become accustomed to violence, which can make us numb to these very real accounts. There cannot be cultural changes unless we do the difficult work of healing and educating one another. I ask for you to think about the question “How am I, regardless of my gender identity, contributing to misogyny and what am I going to do about it today?”

Healing takes a lot of work and it is hard work that takes time.  Along the path of change, we all make mistakes, and it’s up to each one of us to hold each other accountable. Let’s take steps together towards advancing human rights for everyone!

If after reading this article, you feel inspired to help women experiencing violence around the world, consider donating to Global Women’s Fund to honor women on International Women’s Day!