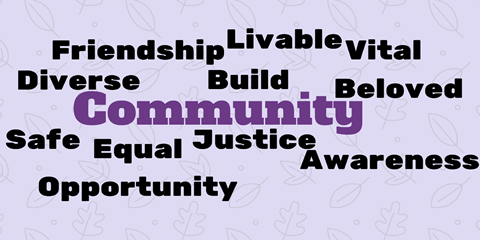 Did you know that Oregon reports more hate crimes than anywhere else in the country?  Portland is the whitest large city in the US. SE Portland has seen its share of hate and bias crimes, from the tragic murder of Ethiopian graduate student Mulugeta Seraw nearly 30 years ago to the targeting of elementary school children and school buildings (Hosford, Menlo Park. Mill Park, Ventura Park, and Lincoln Park) in recent weeks. You can read a list of recent crimes at this website dedicated to tracking hate and bias crimes in the Portland area. In a report released last month, the Council on American-Islamic Relations documented a 91% increase in Islamophobic hate incidents since last year’s presidential election.

The Southern Poverty Law Center, in its August 2017 publication says, “A hate crime often creates an opportunity for a community’s first dialogue on race, gender identity, or religious intolerance. It can help bridge the gap between neighborhoods and law enforcement. More people than we imagine want to do something; they just need a little push.”

We all have a role in dismantling the institutionalized racism and social acquiescence that makes hate and intolerance acceptable. Many people are primed to take action. The Interfaith Council of Greater Portland says that if we start “with the premise that the “opposite of fear is friendship, and the opposite of ‘hate crime’ is ‘building the beloved community’” then we can see how building our local community relationships contributes to creating a world that is more connected and safer. This sounds a lot like SE Uplift’s mission of creating communities that are livable, socially diverse, safe and vital.

Like many people who have been socialized into white privilege, I have been shocked and scared at the recent increase in hate crimes and bias incidents. Several colleagues and friends from communities of color have expressed exasperation at the lack of awareness many white people have of the daily acts of hate, racism, and white supremacy that are forever present in individual interactions, our local communities, and the country. Hate, racism, and white supremacy are nothing new to communities of color. A quick look at Oregon’s history demonstrates why. The Oregon constitution, adopted in 1857, banned slavery but also excluded blacks from legal residence. Black exclusion laws purposely created a social and political environment to ensure a primarily white state. Likewise, territorial and federal policy decisions were designed to eliminate and later assimilate Native people in Oregon. The discriminatory laws and social barriers imposed against people of Japanese descent were obvious during the internment of Japanese community members during WW II. Even as this article is being written, a new  CBS documentary, Portland| Race Against the Past, demonstrating that “Portland’s racist past smolders beneath the surface” is airing.

The simple act of knowing your neighbors and caring for them can be a significant foundation for cultural transformation. Dr. Martin Luther King Jr’s notion of the “Beloved Community” is a society based on justice, equal opportunity, and love of one’s fellow human beings. As explained by the King Center, “Dr. King’s Beloved Community is a global vision in which all people can share in the wealth of the earth. In the Beloved Community, poverty, hunger and homelessness will not be tolerated because international standards of human decency will not allow it. Racism and all forms of discrimination, bigotry, and prejudice will be replaced by an all-inclusive spirit of sisterhood and brotherhood.”

SE Uplift is about connecting neighbors. How can you become more involved in building an inclusive community? Neighborhood involvement can be organizing or attending a community event or engaging in emergency preparedness. Some neighbors collaborate to work on shaping the physical landscape into spaces that are conducive to community interactions and less dependent on fossil fuels and others advocate for solutions to societal injustices. Community involvement can be as simple as knocking on your neighbor’s door! Being a good neighbor also means standing up for each other when justice is threatened. Meeting your neighbors and building your community at the most local level will contribute to a safer, more resilient, and more inclusive Portland.