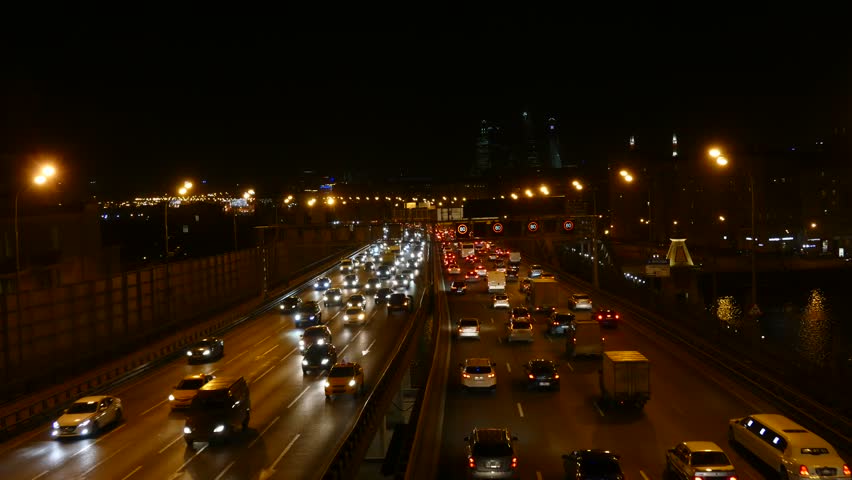 What is the Portland metro area doing about traffic congestion? 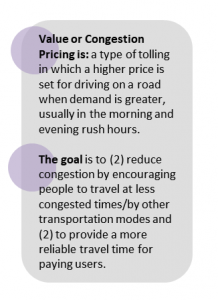 The answer as of 2017 is a lot! Last legislative session, the Oregon Legislature (via HB2017, now called “Keep Oregon Moving”) authorized the Oregon Department of Transportation (ODOT) to conduct a feasibility study and proposal for what they refer to as value pricing on Interstate 5 and Interstate 205 with the stated purpose of reducing congestion. Read more about ODOT’s effort here and the committee in charge of the study here.

Additionally, last November, the Portland City Council built upon that effort by passing a resolution directing the Portland Bureau of Transportation (PBOT) and Bureau of Planning and Sustainability (BPS) to study congestion pricing on local roads like Grand Avenue and Martin Luther King Jr. Boulevard and the Willamette River bridges. For a full recording of the City Council discussion go here.

Excuse me, but what is congestion or value pricing?

These terms are very similar and used interchangeably. Both terms refer to a payment/tolling mechanism that might be applied to a single lane, an entire roadway, or used during a certain time of day, in a certain area (e.g. city center), or for certain users (e.g. trucks vs. carpool vs. single occupancy vehicles). However, while a toll’s purpose is primarily to collect revenue, the main objective of congestion or value pricing is to alleviate congestion, particularly during peak hours. Congestion is reduced by incentivizing users who are able to change their travel behaviors to do so by taking an alternative mode to their destination or by traveling at a different time. Value or congestion management may include a large suite of policies, programming, and investment. Beyond charging tolls on roadways, a comprehensive approach includes investment in transit, walkable communities, parking management, as well as the consideration of equity issues, climate impacts, and vision zero goals.

The Metro area is struggling to manage congestion. Congestion has outpaced population growth 4 to 11 and there are no signs of any decrease in the near future. Congestion has negative impacts on not only our livability, but also public health, the climate, and our economy.

ODOT and PBOT both agree it is unlikely our roadways will ever be as free-flowing as they were in decades past. However, both ODOT and PBOT are exploring congestion pricing as part of a larger or more comprehensive strategy to get people out of their single occupancy vehicles by investing in infrastructure for walking, biking and transit, as well as other congestion management strategies.

What about unanticipated consequences?

Decision-makers and community members are concerned that poorer residents, many perhaps previously displaced from their closer-in neighborhoods due to housing cost increases, have longer commutes and fewer transit options.  Therefore, additional costs such as tolling could further burden an already vulnerable group. Both ODOT and PBOT are carefully considering these potential consequences in their assessments.

Additionally, this concept needs to be a community-wide discussion as the introduction of tolls will not only affect the highways but could have surface street impacts as drivers change routes to avoid tolls.  Impact on surface streets is a consideration of the feasibility study and residents are encouraged to weigh in their opinions to both ODOT and PBOT. ODOT wrapped up a short series of in-person open houses in January and has an online open house open until February 5th, 2018. Afterwards, the project team will still accept general comments through June 2018. Go here for these details, contacts, and to sign up for regular updates.

What other cities are using value or congestion pricing?

Cities like Seattle and New York are implementing policies and practices to address congestion in the United States. The Federal Highway Administration lists more here, and also demonstrates the variety of options available to implement locally. There are numerous international cities that have been using this strategy for many years and some have reliable data for Portland to consider. 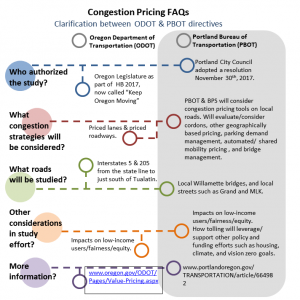 Sources for this article and if you still want to learn more:

More information on PBOT’s effort here, along with resources and FAQs on congestion and value pricing.