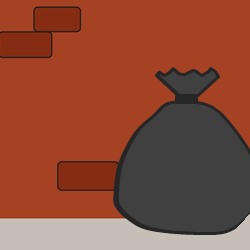 SE Uplift’s partner coalition, Northeast Coalition of Neighborhoods, will be beginning a new project that works on improving the safety and cleanliness of designated areas of inner NE and inner SE Portland. The project, Clean Start PDX, is based on the Downtown Clean and Safe program developed by Central City Concern, where individuals who have been impacted by homelessness, poverty, or addictions receive vocational training, a living wage, access to services, and case management while providing services such as litter pickup, biohazard disposal, and graffiti removal. 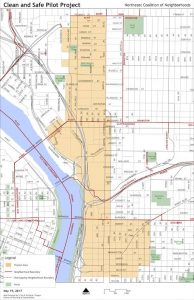 Members of the Eliot neighborhood’s Livability Team met with their district coalition, Northeast Coalition of Neighbors, in January to discuss an increase in trash and debris in their area. During the conversation the most progressive and productive idea was to partner with Central Eastside Industrial Council, Central City Concern and the City of Portland’s Office of Neighborhood Involvement to pilot Clean Start PDX for a year.

With the support of ONI Interim Director David Austen and others, the Portland City Council voted unanimously to approve the proposal on the 14th of June. NE Coalition of Neighborhoods will receive the grant from the City within a month and work with Central City Concern to get the project up and running as soon as mid-July. While the project will be overseen by NE Coalition of Neighborhoods, all the funding will go to Central City Concern.

The Downtown Clean and Safe program keeps clean a 213-block area in central downtown and along the bus mall. In six-month trainee positions, Clean and Safe employees remove graffiti, contribute to public safety, and keep downtown free of litter and debris. The new program will provide these same services to the NE areas of areas of Eliot and half of Lloyd and in the SE about a third of Central Eastside, including parts of the Kerns and Buckman neighborhoods.