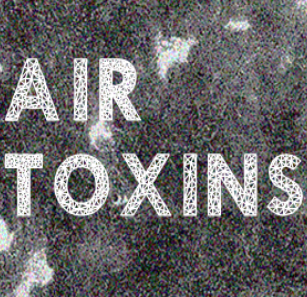 The term “air toxics” has a well-deserved forbidding sound to it.  It refers to a variety of contaminants that most of us had never heard of – cadmium, chromium, nickel, diesel particulates, and arsenic.  All of these have been in the press since recent revelations surfaced that tree moss samples in Portland showed the presence of high concentrations of toxins in our air.

The story is so well covered in the press that we need only summarize it here.  Scientists from the U.S. Forest Service (USFS) are developing new ways to check for air toxics.  Three years ago, they decided to test their new approach at Portland area grade schools.  Their results suggested a variety of “hot spots” around the city.  Two of them – in Hosford-Abernethy and Brentwood-Darlington – suggested that local industry might be responsible.

Air quality concerns in Portland (and Oregon has a whole) are nothing new. Groups like Beyond Toxics, Oregon Environmental Council, Audubon Society of Oregon, Opal, Coalition of Communities of Color, and Portland’s Neighbors for Clean Air have been working to call attention to this issue for years.

Recently, board members and volunteers at SE Uplift, Sellwood Moreland Improvement League, Hosford-Abernethy Neighborhood District, and Brentwood-Darlington Neighborhood Association have also joined the fray. In addition to organizing meetings and contacting public officials, SE Uplift has pursued public document requests for all the data and reports at the USFS and the DEQ relating to the moss studies. All materials we have gathered are available for public viewing here.

We have also taken a central role in supporting longer term solutions. In concert with Portland State University, we have successfully advocated for funding from the City of Portland and Multnomah County for state of the art equipment for Dr. Linda George, an atmospheric chemist and professor of Environmental Science and Management at Portland State University. This is a group effort, we are very grateful to Portland Commissioner Steve Novick and Multnomah County Chair Deborah Kafoury for championing this funding request. We have also asked U.S. Senators Wyden and Merkley for help funding similar equipment for Dr. Julie Fry, Associate Professor of Chemistry and Environmental Studies at Reed College.

The project will collect up to 100 samples of moss, leaves and soil and test them for heavy metals using an X-Ray fluorescence analysis system (XRF). This equipment will allow rapid analysis of air quality at six local sites. Unlike traditional approaches which involve setting up emissions monitoring stations – of which Portland has very few – samples can be obtained from sites in the field and taken back to the lab for immediate analysis.

Although this method of testing is unlikely to replace traditional air monitoring equipment, it will provide regulatory agencies and concerned community members a rapid assessment method that could be used to trigger regulatory monitoring and inform policy.

Initial results of the study will be available in spring 2017 and will include maps.