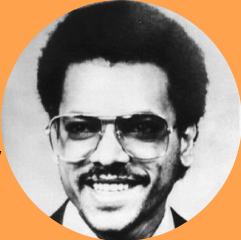 On Wednesday, November 14, 2018, SE Uplift joined Urban League of Portland, Portland United Against Hate and other community organizations to testify in support of Portland City Council’s Proclamation of November 13th as Mulugeta Seraw Day. You can read the testimony presented on behalf of SE Uplift Neighborhood Coalition by Molly Mayo below.

“SE Uplift is one of the city’s seven district coalitions and the twenty neighborhoods in our area have a reputation for being friendly and progressive, yet it was in SE Portland 30 years ago where the East Side White Pride murdered Ethiopian immigrant Mulugeta Seraw in a blatant act of racist violence that drew national and international attention to the small apartment complex in the Kerns neighborhood near Laurelhurst Park.

Since Seraw’s death, there have been continued acts of hate and violence, from cross burnings in SE Portland, to swastikas to harassment to murder. When the Portland United Against Hate coalition was founded two years ago, it was in response to an increase in acts of hate. This network of community groups ready to stand in solidarity to respond to hate crimes has had ample opportunity to act—In SE Portland alone for a vigil when racist anti-immigrant hate graffiti was put up at an elementary school, for taking down anti-Semitic posters, and for removing Islamophobic fliers from telephone poles— all in SE Portland, all recent.

SE Uplift played a central role 30 years ago organizing local response to Seraw’s murder, and in recent months, SE Uplift has been honored to partner with Urban League, the Ethiopian community, Commissioner Eudaly’s office, and Portland Bureau of Transportation to coordinate the placement of 17 sign caps at numerous intersections located in the area around the site where Seraw was murdered.

While the terrible history of Seraw’s death in SE Portland can never be undone, a new era at the site of his murder is underway. These 17 sign caps were unveiled earlier today. They signify the creation of a new sense of place at the site of Seraw’s murder, a place that lets members of the Ethiopian community, the immigrant and refugee community, the Black community know that Portland will remember, learn, change. These sign caps, in both English and Amharic, are a tangible and collaborate step towards a new segment of history: 17 markers of our city values of peace, unity, diversity.

Thank you for, through this proclamation, acknowledging the life of Mulugeta Seraw, the crimes of the East Side White Pride and White Aryan Resistance, and indirectly, the many untold stories of trauma, hate, and violence that are repeatedly experienced by communities that are marginalized or vulnerable.

I ask that we keep working together to bravely address the systems of oppression and discrimination that contribute to the perpetuation of hate and violence and to nurture a Portland where all community members have the basic human right of safety.”

SE Uplift thanks all the community members involved in these efforts.